Part of the privileged elite class and acting head of his clan, Dali Delico was also one of the youngest members of the Blood Alliance Congress which ruled vampire society.

One day however, Dali was suspended from the Blood Alliance Congress. The stated reason being that during one of the Blood Alliance Congress operations against heretics, a human woman under the Congress’s protection became pregnant, and it was leaked to the Congress that said baby was Dali’s. If that were to be true, it would be a violation of the Non-aggression treaty between humans and vampires, and it would also be a blot on Dali’s path to future leadership opportunities. However, while Dali was supposedly on suspension, his superior officer Johannes approached him with a classified order to investigate a case. Apparently, many vampire youths were vanishing across various regions, and he was to investigate the truth behind their disappearances. Dali and his subordinate Marco were assigned alongside other investigators, the vampire hunters Utamaro and Shunrin, to form a team and investigate the truth.

During their investigations, the name of a social club, the “Black Rose Mansion”, turned up in their search. The Black Rose Mansion was sponsored by Dali’s fellow Congress member Gerhard. In that club, Dali and co. discovered a man named Barlach who was researching the secret to immortality, as well as a self-proclaimed showman named Damian. Utamaro and Shunrin had been hot on the heels of Damian for years, as Damian was the chief person of interest in many bizarre incidents. Additionally, Barlach had the vampire youths Henryi, Kiki, and Oz serving by his side. These three youths were on the list of missing vampires.

Meanwhile, Sue, who was still being hunted by the remnants of the heretic faction, was hiding out in the Delico residence. However, as the sole human in the compound, she was despised by the occupants there and treated unkindly. Her only protection was Dali’s wife Frieda. Sue and Frieda started bonding over time. However, the reporters eager to sniff out and hint of scandal around Dali soon caught whiff of her presence in the Delico residence.

The tangled web of relationships, the standoff with a huge organization like the Blood Alliance Congress, the conspiracy-filled Black Rose Mansion, as well as the legend of the original vampire TRUMP – as the incident becomes clear, what will be the truth that Dali and co discover?

A young member of the highest government organization in the vamp world, the Blood Alliance Congress. He is said to be their future hope. He was put in charge of investigating a disappearance case while being suspended over a scandal.

A vampire hunter who is Utamaro’s partner.

A junior Member of Congress investigating the case along with Dali. His real name is Ul Olsen.

A young lad in the Cocoon period. Barlach’s experimental subject. He is always wanting to die. Holds the initiative of 666 people.

A young lad in the Cocoon period. Barlach’s experimental subject. He is able to see the future sometimes.

A young lady in the Cocoon period. Barlach’s experimental subject.

A newspaper reporter and a member of the Black Rose Mansion. Cooperates with Gerhard and provides him with information. Dislikes Dali and hopes for his downfall.

Butler of the Delico family.

An informant who is an old acquaintance of Shunrin.

A young Member of Congress working under Johannes.

A mysterious guy accompanying Barlach. Vampire. His whole body is bandaged due to burns.

A human working as a servant in the Delico residence. Ul’s mother and Barlach’s younger sister.

The mastermind behind the incident of missing vampire youths in the Cocoon period. A human researching on immortality.

A big-wig in the Blood Alliance Congress. Also a member of the Vlad Institution involved in monitoring TRUMP.

A senior member of the Blood Alliance Congress. He regards Dali as an enemy, and is aiming for his downfall. Father of Angelico. 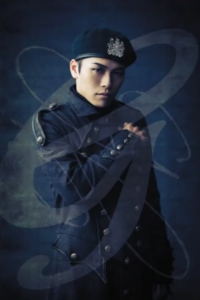 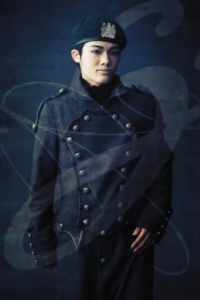 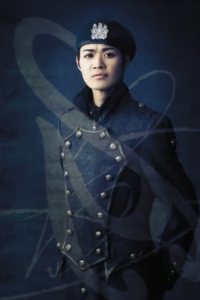 Guard of the Blood & more:

English names are as provided in the BD.