A blood feast that spans 7,500 years for vampires who have lost their immortality───

The Gymnasium “Clan” has been established to educate and correct young vampires who have entered “the Cocoon period” (puberty in human terms).

Sophie, a dhampir of mixed human and vamp blood, is hated by those around him for being “filthy”. Ul, who was born into one of the most prestigious families in the vamp world, is somehow attracted to the abominable Sophie. As Ul continues to research the “power of immortality” that vampires once possessed, he learns of the existence of TRUMP, the original vampire that is said to live forever, and begins to crave eternal life.
Eventually, Sophie and Ul become entangled in the deep fate surrounding the legend of immortality───

The young vampire, who have lost their immortality, are trifled with by the legend of the immortal “TRUMP” who has eternal life, in this ephemeral yet beautiful vampire entertainment.

A dhampir (half-breed) mix of human and vamp, he was sent to the clan because he showed signs of being in “the Cocoon period”.
He is discriminated against by those around him as a filthy person, but he excels in swordsmanship and academics.

The second son of the de Rico family, one of the most prominent families in the vamp world. For some reason, he is attracted to Sophie, who is an abomination.
As he researches the “eternal life” that vamps are said to have once possessed, he learns of the existence of “TRUMP”.

A teacher in the Clan. He is the chaperone for the troubled Allen, but his free-spirited words and actions get him into trouble.
He says that the blood of Sophie, who is an abominable dhampir to the vamps, “smells good”.

A student of the Clan. He repeatedly violates the rules by sneaking out of the Clan at night and going down to the human village.
He is in love with Marybell, a human girl, and this leads to a feud between the humans and vamps.

A teacher of the Clan with a dynamic personality. He is mainly in charge of teaching martial arts, and trains his students every day.
He can’t hide his distrust of Ga Banli, a newcomer to the Clan. He often bursts his blood vessels.

A teacher of the Clan with a gentle personality. He has the graceful demeanor of a noblewoman, but is male.
He teaches his students the etiquette and culture of the vamp social world. His hobby is tea parties.

The older brother of Ul, and heir to the de Rico family. He is concerned about the safety of Ul, who is in close contact with Sophie, a dhampir.
He has a strong complex against his father, Dali, who is regarded as an absolute being.

Born into an elite family with an influential father. He has a strong sense of inferiority towards the de Rico family, and is particularly hostile towards Raphael.
His mental instability due to his Coccoon is so severe that he eventually falls into a state of extreme hysteria.

A mysterious new student who arrives at the Clan on a rainy night. Sophie and Ul feel “something strange” about him.
He approaches Sophie with some kind of purpose. He skips class and always takes a afternoon nap.

Allen’s roommate. He is forced to assist Allen, who sneaks out of the Clan every night.
He actually stays by Allen’s side for a purpose, but comes to develop a friendship with Allen that transcends that purpose.

One of Angelico’s cronies. He believes that Angelico is the vamp who should be the head of the vampire race, and he doesn’t like Raphael, who is a barrier to his career path. He always keeps close company with Morrow. 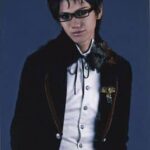 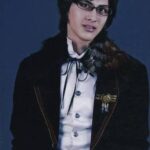 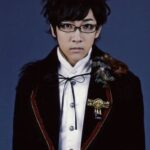 One of Angelico’s cronies. He adores Angelico as much as Georges does.
Together with Georges, he harasses Raphael and Ul, but they always get back at him.

Father of Ul and Raphael. He is the head of the de Rico family, a prominent and powerful family among the vamps.
He is strict with his eldest son, Raphael, and dotes on his second son, Ul.